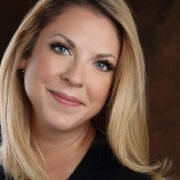 Caitlin Savage, a devoted pro bono attorney and community volunteer, will be honored with the Equal Justice Distinguished Service Award at the upcoming 2017 Arkansas Bar Annual Meeting in June. The Arkansas Bar Foundation annually issues the award to an individual who shows a commitment to equal justice programs for the poor, including pro bono efforts through legal services programs.

Ms. Savage is one of the youngest recipients to have received this award, having just graduated from the University of Arkansas School of Law in 2013. Since becoming an attorney, Ms. Savage has volunteered for Arkansas Access to Justice, Legal Aid of Arkansas, and Center for Arkansas Legal Services in clinics to assist marginalized Arkansans with legal documents necessary to improve employment opportunities, preserve family stability, and obtain identity documents.

In 2016, Ms. Savage was appointed as the chair of the Pro Bono Committee for the Arkansas Bar Association’s Young Lawyers’ Section. As chair, Caitlin has worked tirelessly to serve the low-income citizens of Arkansas. She has assisted Legal Aid of Arkansas with its expungement clinic at St. Vincent’s Hospital through its Medical-Legal Partnership. She has also organized three separate Wills for Heroes Estate Planning Clinics across the state which specifically serve police, firefighters, first responders, and veterans.

Apart from her pro bono work, Caitlin is passionate about fundraising for local nonprofits. In 2015, she received a grant from the Southern Partners Fund to study “raising resources in the rural South.” In 2016, the Arkansas Association of Fundraising Professionals named her as the Chamberlain Scholar for her devotion to fundraising.

Since 2015, Ms. Savage has volunteered her time with Lucie’s Place, the only nonprofit in Arkansas that specifically houses and assists homeless LGBT youth. She now serves as the chair of the Fundraising Advisory Board, where she organizes and supervises several fundraisers throughout the year.

Last year, Ms. Savage served as the chair of the Merchants Lounge Committee for the Junior League of Little Rock’s Holiday House fundraiser. This event is the organization’s largest fundraiser, providing the bulk of the funding for their volunteer work throughout the community.

Caitlin also volunteered last year on behalf of the Arkansas Bar Association at Hall High School’s Law Day celebration, where she discussed the importance of Miranda rights with students.

Ms. Savage is an attorney with Wilson & Associates, PLLC, in Little Rock.