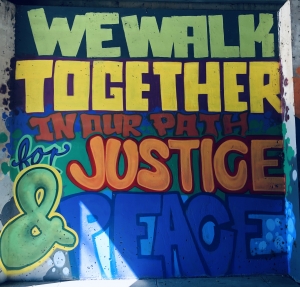 The words “Equal Justice Under the Law” are inscribed above the entrance to the U.S. Supreme Court, yet for the entirety of our nation’s history, racial inequality and violence have been a pervasive feature of our legal system. Most alarming is how this has fomented the conditions that have made the extrajudicial killings of black and brown people like George Floyd, Ahmaud Arbery, and Breonna Taylor, a commonplace occurrence–not just in recent years, but for more than a century. These inequalities can be traced from the institution of slavery, to Black Codes, to Jim Crow laws, and to the modern-day system of mass incarceration that disproportionately limits opportunities for black and brown people–even after they have served their sentences–to fully participate in our system of democracy.

The systemic racism in our justice system is not limited to criminal cases. As an organization that is devoted to ensuring that all Arkansans have equal access to justice in civil cases, we see how systemic racism limits opportunities for Arkansans of color to access housing, healthcare, jobs, credit, education, and other supports necessary to realize the inalienable right to “life, liberty, and the pursuit of happiness” proclaimed in our Declaration of Independence.

We commend recent efforts in Arkansas aimed at trying to address these issues, including the development of racial bias jury instructions and the study of racial disparities in sentencing. However, we believe that there is much, much more work to be done–not just to undo the damage that our justice system has contributed to–but to affirmatively fulfill our duty to ensure that justice under the law is, in fact, equal. Accordingly, we call for the following changes and commit to providing technical support to courts and other justice system stakeholders who undertake these improvements: