Immigration Law 101: What All Attorneys Should Know

This continuing legal education event will take place via Zoom on November 18th at noon. It is free and open to both lawyers and the general public, but registration is required. Register here.

Amelia Steadman McGowan is an Assistant Clinical Professor and the Immigration Clinic Director at the University of Arkansas School of Law in Fayetteville. Prior to joining the University of Arkansas faculty, Amelia served as the Immigration Campaign Director at the Mississippi Center for Justice, where she focused her practice on appellate representation of asylum seekers and led a team of pro bono attorneys to represent over 100 Mississippians impacted by the 2019 ICE raids in central Mississippi. Amelia also worked as an adjunct professor at Mississippi College School of Law, where she taught Immigration Law and directed the school’s Immigration Clinic since its founding in 2015 until May 2022. Amelia has served as a Commissioner on the American Bar Association’s Commission on Immigration since 2021 and represents the ABA in an international asylum working group as part of the Law Societies’ Compact and Forum. Amelia is a graduate of Tulane University, where she received her J.D. and M.A. in Latin American Studies, as well as the University of Southern Mississippi, where she earned her B.A. in History and Spanish and participated in study abroad/cultural exchange programs in Vietnam and Panama.

Arkansas Access to Justice’s CLEs are free thanks to the support of people like you. If you find these CLEs useful, please consider making a donation to support our work to make justice for all a reality. 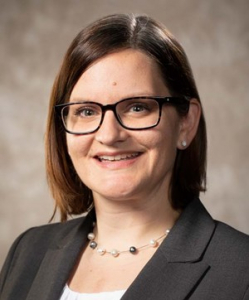