The Supreme Court of Arkansas joined the Access to Justice Commission in designating October as Access to Justice Month in a per curiam decision issued in late September. The decision was made in part, “to encourage pro bono participation to address the legal needs of low-income Arkansans.” 22 Ark. 172. At the Kickoff, Justice Courtney Hudson echoed this sentiment, speaking of the importance of pro bono service.

Nominations for the Access to Justice Awards were held from June through August. There were many competitive submissions. After much deliberation, the following were named as this year’s honorees: Christine Dillard of PPGMR, Kristen Komander of Bogart, Small, and Associates, Martin Kasten of Friday, Eldredge, and Clark, Retired Judge Olly Neal who served on the Arkansas Court of Appeals, Bowen School of Law student Caleb Scott, and Goodwill Industries of Arkansas. 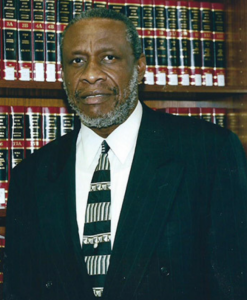 Judge Neal has had a lifelong career as a justice advocate. He has led countless efforts to successfully advocate for opportunity justice, justice in the administration of government programs, and access to elected office. There are numerous examples of this in his book, Outspoken. He went to law school later in life and had a career almost entirely dedicated to public service as an elected and appointed prosecutor, circuit judge, and court of appeals judge. He has mentored an untold number of young lawyers from disadvantaged backgrounds and instilled an obligation to improve the practice and access to the law as we know it. 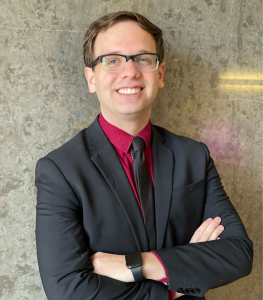 As a law student, Caleb regularly volunteers at legal clinics hosted by Access to Justice and the Center for Arkansas Legal Services. Caleb is a student researcher and court observer for the Center for Racial Justice and Criminal Justice Reform. He is also one of only two students on the Safe Zone Committee and helps instruct Safe Zone certification for UA Little Rock. As president of Outlaw, he has been instrumental in forming a partnership with the Center for Arkansas Legal Services, to promote volunteerism and pro bono participation within the student organization.

Goodwill Industries of Arkansas has partnered with the Center for Arkansas Legal Services for years to reduce levels of recidivism and improve job prospects for low income individuals by providing venues and community outreach for free record sealing legal clinics. Their partnership is crucial to the success of these record-sealing clinics that offer hope to people re-entering society. These clinics directly lead to increased earnings and more stable housing for the clients served. 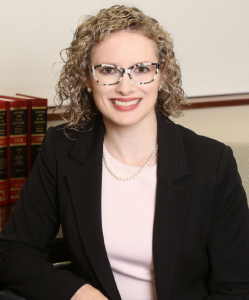 Christine makes pro bono work a priority and incorporates that work into her schedule, giving it the same attention and priority as other client work. Since the beginning of the pandemic, she has completed over 100 pro bono hours. She currently handles guardianship cases received from the Center for Arkansas Legal Services, regularly answers Arkansas Free Legal Answer questions, periodically participates in pro bono clinics, and assists others within the firm on their pro bono matters. 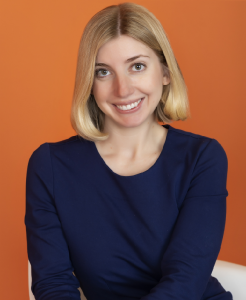 Kristen has committed herself to providing exemplary legal services to underprivileged communities. She frequently takes on pro bono cases and participates in legal aid clinics to provide free legal services. She has made it a point to charge reduced fees for her legal services so that families are able to afford quality legal representation. She will take on cases in rural counties located hours away because she knows that otherwise the client may be unable to get anyone else to represent them. 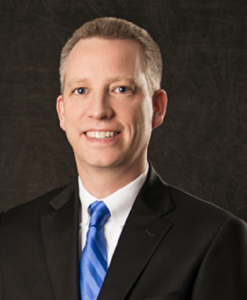 Martin has been a volunteer with Legal Aid of Arkansas since 2019. During the course of the last three years, Mr. Kasten has donated a total of 75 hours of service. His substantial contribution and commitment to the delivery of pro bono legal services to low-income Arkansans has enhanced legal aid’s ability to fulfill its mission of providing equal access to justice.

Probably the most coveted item in the silent auction was a signed and numbered print, donated by an anonymous donor and artist, Ed Wade. Bill Waddell, attorney at Friday, Eldredge and Clark and former Access to Justice Foundation Board member, spoke about the print’s significance and explained its origin. The painting depicts famed civil rights lawyer Scipio Africanus Jones and the 12 African American men he defended in the wake of the Elaine Massacre. There are 49 of these numbered, signed prints still available through the Access to Justice website. All proceeds from these prints will be donated to support scholarships for traditionally underrepresented law students in Arkansas and our other racial justice initiatives. Read More about Ed Wade and Scipio and the Twelve. 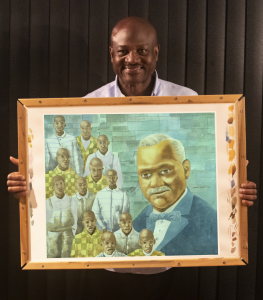 Artist Ed Wade, holding his painting, Scipio and the Twelve. 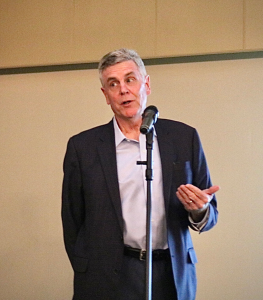 The Justice Month Kickoff is called a “kickoff” because it has historically been held at the beginning of October as a way to kickoff Access to Justice Month. Although scheduling conflicts caused the event to be held near the end of the month this year, there was still kicking off to be done! Access to Justice Executive Director, Jordan Bates-Rogers announced the kickoff of a new pro bono portal that is a one-stop shop for all pro bono opportunities in the state of Arkansas. Legal aid providers and other organizations are able to post pro bono opportunities to the site for attorney volunteers and law students to select from. There are currently listings from Legal Aid of Arkansas, Access to Justice, and the United States District Courts for the Eastern and Western Districts of Arkansas. Through this portal, we hope that every Arkansas attorney, regardless of geographic location or areas of expertise, has an easy way to access pro bono opportunities in one convenient place. The pro bono portal was made possible by a generous gift from the Rose Law Firm. 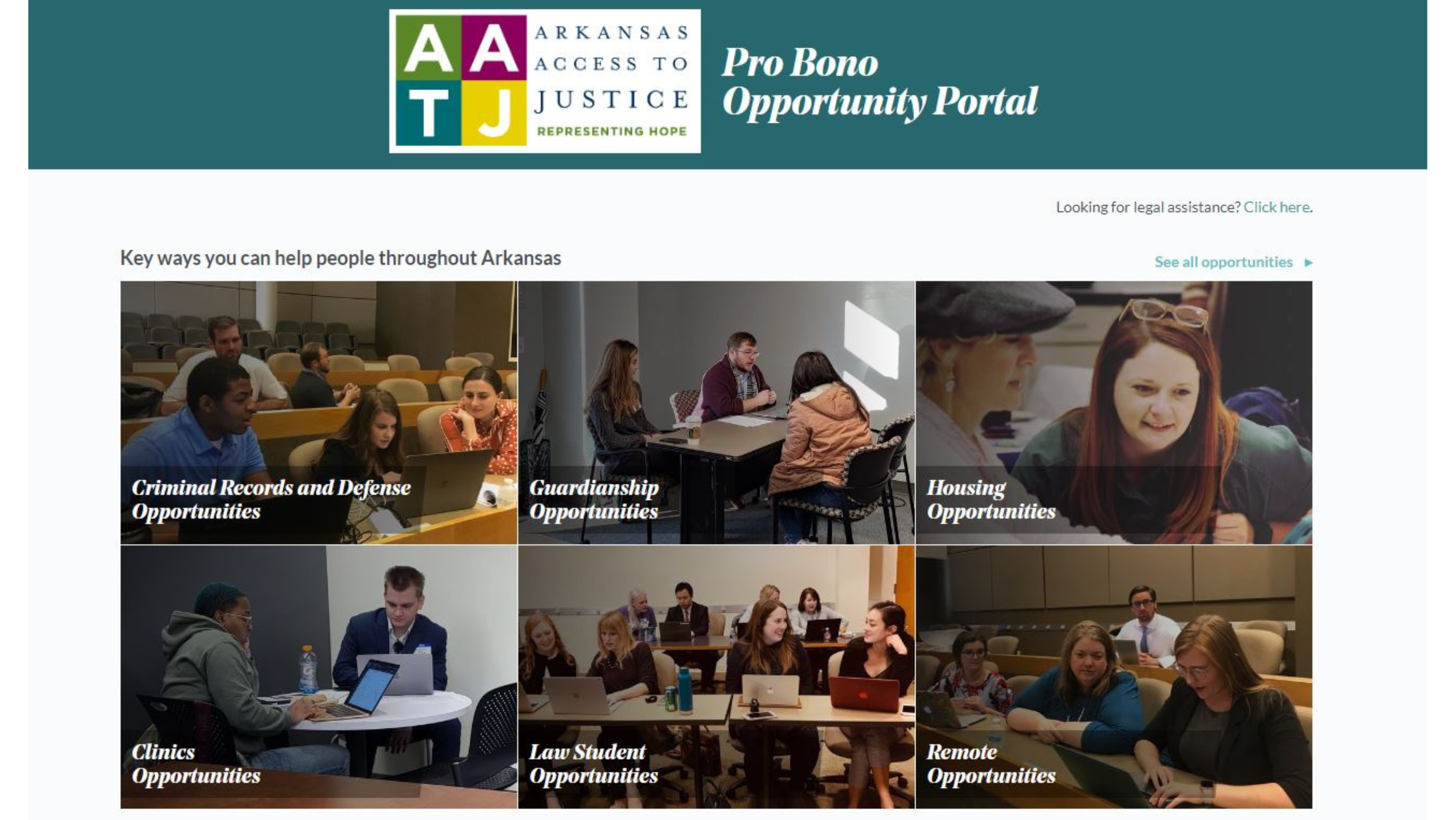 Immigration Law 101: What all attorneys should know
Scroll to top