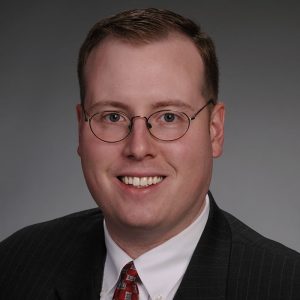 Cliff McKinney is a transactional attorney at Quattlebaum, Grooms & Tull PLLC.  His primary practice is real estate law and business and regulatory matters related to real estate. Mr. McKinney has also been active in the legislative process, including serving on the Arkansas Bar Association’s Jurisprudence and Law Reform and Legislation Committees.

Mr. McKinney is currently serving his sixth term as Chair of the Real Estate Law Section of the Arkansas Bar Association.  In that capacity, he spearheaded the creation of the Arkansas Real Estate Review and currently serves as one of its editors.  Mr. McKinney served as the U.S. Green Building Council Arkansas Chapter’s Secretary and Treasurer and served on the Arkansas General Assembly’s Legislative Task Force on Sustainable Building Design and Practices.  He also serves on the state’s Old State House Commission.

Mr. McKinney is also involved in the academic side of real estate law.  Mr. McKinney is an Adjunct Professor at the University of Arkansas at Little Rock William H. Bowen School of Law where he teaches Real Estate Finance and Real Estate Transaction Skills.  He has written a number of law review articles on real estate topics, including implied covenants, deed drafting, boundary by acquiescence, adverse possession and landlord/tenant rights. He chaired the committee for the third edition of the Standards for Examination of Real Estate Titles in Arkansas and authored the Arkansas chapter for an American Bar Association book on institutional land use controls.

Mr. McKinney is President of the board of directors for Habitat for Humanity of Central Arkansas.  He served as Board Chair of Arkansas Rice Depot from 2008-2009 and remained active in the organization through 2015 when he served on the merger committee that resulted in Arkansas Rice Depot merging with Arkansas Foodbank to form the largest hunger relief agency in the state.  Mr. McKinney now serves on the board of Arkansas Foodbank.  Mr. McKinney chaired the Arkansas Bar Association 2011 Annual Meeting and the 2015 Mid-Year Meeting.  He currently serves on the Arkansas Bar Association’s Board of Governors and is a tenured member of the House of Delegates. 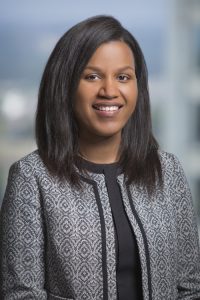 Ms. Sonko is an associate at Mitchell Williams in Little Rock, practicing in the firm’s litigation practice group. Previously she worked as a clerk for the Connecticut Superior Court and as research attorney in Georgia, focusing on employment, immigration and civil rights matters. Ms. Sonko has also taught Business Law and Legal Research and Writing.

In addition to her practice, Ms. Sonko is involved with the Arkansas Association of Women Lawyers and the Muscular Dystrophy Legal Leaders. She has published pieces on human rights issues, including articles on modern-day slavery in Ghana and dowry murders in India.  Ms. Sonko is a native of Gambia and is fluent in Wolof. 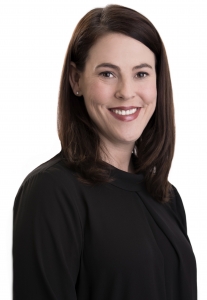 Hillis Schild is a long-time resident of Little Rock where she began working in the banking industry over 27 years ago.  As the Community Affairs Manager for Regions Bank her territory includes the State of Arkansas and a few counties in Texas.  She describes her work as a being bridge-builder which assists in connecting mainstream financial services and products to organizations which serve predominately low- and moderate-income individuals.

Little Rock has been her home for most of her life although she was born in Memphis, TN.   She is a proud graduate of Little Rock Central High School and Ouachita Baptist University.  Her husband is Stuart, they have two “four-legged kids” and she enjoys all aspects of the Natural State including gardening, and fly fishing. 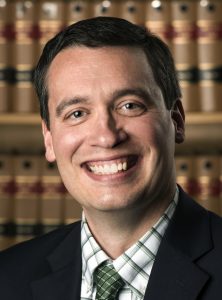 Mr. Clary is a Senior Deputy Prosecuting Attorney in Saline County where he handles a general felony case load for the office. Outside of his practice, he is actively involved with professional organizations. Mr. Clary is the Immediate Past President and the former Treasurer of the William H. Bowen School of Law Alumni Association. He is a member of the Board of Governors and House of Delegates for the Arkansas Bar Association. He has also served as the CLE Committee Chair, Young Lawyers Section Chair, and Annual Meeting Chair for the Bar Association. In addition to his service to the legal profession, Mr. Clary has also dedicated his time and efforts to serving as a Co-Chair of the Soup Sunday Committee for Arkansas Advocates for Children and Families. 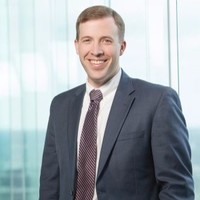 Deepali Lal practices primarily in the areas of Immigration and Employment Law/Management. She is a 2021 graduate of UA Little Rock William H. Bowen School of Law. During her law school career, Deepali was an Associate Editor of the Law Review, Editor-in-Chief of the Arkansas Journal of Social Change and Public Service, and participated in Delta Theta Phi Legal Fraternity, the Hispanic Law Students Association, the Arkansas Association of Women Lawyers, the Arkansas Bar Association, the Arkansas Bar Commission on Diversity and Inclusion, and the Dean’s Student Advisory Committee. She comes to CGWG after serving as a Judicial Extern for the Honorable Joe Volpe, United States Magistrate Judge for Eastern District of Arkansas, and clerking at multiple prominent law firms in Central Arkansas. She holds a B.B.A. in International Business & Human Resource Management from UA Little Rock, where she graduated magna cum laude. In 2021, she was honored with the Golden Gavel Award from the Arkansas Bar Commission on Diversity and Inclusion. Tabitha B. Lee was born and raised in Dermott, Arkansas. She currently leads the Delta Justice Center, a law firm dedicated to providing high quality legal assistance to historically underrepresented communities. She also provides funding consulting and proposal drafting services to non-profits and other social impact organizations serving the community. Ms. Lee has previously served as a judicial clerk in the sixth judicial district of Arkansas and as a Special Projects Attorney at the Center for Arkansas Legal Services working in the areas of criminal record sealing and veteran’s benefits.

Ms. Lee is a proud member of Delta Sigma Theta Sorority, Inc., the W. Harold Flowers Law Society, and a Silver Life Member of the NAACP. In 2020, she was recognized by Arkansas Access to Justice for Outstanding Pro Bono Service Award as a Small/Solo Firm. She lives in Monticello with her partner, Quincey, and their two children, Cynthia and Quincey II. 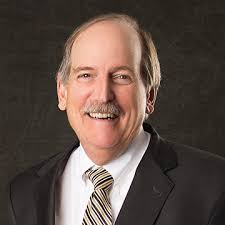 Harry Light is a native of Islamorada, Florida who now lives in Cammack Village with his wife, Van. Harry’s practice includes bankruptcy, commercial litigation, and trademark/copyright applications. He has also been an active member of the Arkansas Bar Association, having served in the House of Delegates and as Chairman of the Board of Governors. Harry’s charitable work has included servin on the boards of the Central Arkansas Rescue Effort for Animals and the Humane Society of Pulaski County. 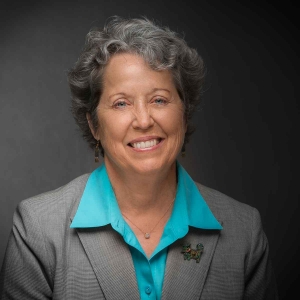 Debby Nye’s practice is focused on health law, she assists healthcare providers with issues involving their general operational activities and in maintaining compliance with the Medicare and Medicaid program regulations. She previously worked at the Arkansas Healthcare Association and the Department of Human Services. She is a member and past chair of the Arkansas Bar Association’s Health Law Section. 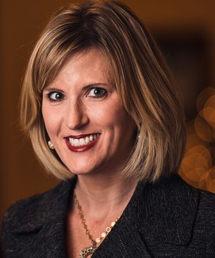 Kristin L. Pawlik is a native of Bentonville and began practicing law in Benton County upon her admission to the Bar in 1999. She worked for the Public Defender’s Office in the 19th Judicial District for over four years, most recently as Chief Deputy Public Defender. Kristin joined Keith, Miller, Butler, Schneider & Pawlik in October of 2003 and concentrates her practice in the areas of domestic relations, family law, criminal defense and employment law.  She became a partner in 2008. 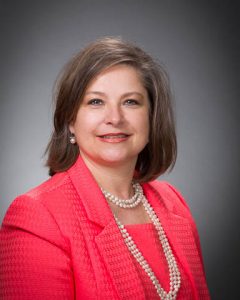 Ms. Stacey Pectol graduated from Hendrix College and the UALR William H. Bowen School of Law. She began her career as a law clerk to then Chief Judge Donald L. Corbin at the Arkansas Court of Appeals and continued as his clerk when he was elected to the Arkansas Supreme Court. Ms. Pectol was hired as in-house counsel for Express Human Resources, Inc., where she concentrated on labor and employment law, as well as supervised and managed the legal department. After a break in her career to begin a family, Ms. Pectol returned to the Justice Building as Justice Corbin’s law clerk. Ms. Pectol was appointed to the position as Clerk of the Arkansas Supreme Court and Court of Appeals on July 1, 2014.

Ms. Pectol was elected to the Executive Committee of the National Conference of Appellate Court Clerks on August 10, 2017. She has previously served on the boards of the Arkansas Association of Women Lawyers and the Asbury Christian Child Development Center. She is a former Vice-Chairman of the Asbury United Methodist Church Board of Trustees.

Ms. Rucker has also taught Legal Profession and Criminal Procedure. She is the first graduate of the University of Arkansas at Little Rock’s joint JD/MPA program, having completed the MPA program with high honors and induction into the Phi Alpha Alpha Honors Society. She also received the Robert Sarver Award, which is presented annually to one graduate student who is adjudged outstanding on the basis of character, scholarship, leadership, and citizenship.

Ms. Rucker has served in numerous capacities within the Arkansas Bar Association and has been recognized for her bar work with the Frank Elcan Award, Judith Ryan Gray Outstanding Young Lawyer Award, the President’s Award, and several Golden Gavel awards. She has served in various capacities, including as Chair of the Young Lawyers Section, Annual Meeting Chair, Membership Development Chair, Leadership Academy Chair, and Long Range Planning Chair. She is a tenured member of the House of Delegates and has served on the Board of Governors, and the Legal Forms Committee. Ms. Rucker currently serves as a member of both the Commission on Diversity, Equity and Inclusion and the Legal Hall of Fame Task Force. She is also an Arkansas Bar Foundation Fellow and currently
serves on the Arkansas Bar Foundation Board of Directors.

Ms. Rucker has also served in several leadership positions on the national level with the American Bar Association, including as the District Representative for Arkansas and Oklahoma on the Young Lawyer Division’s Executive Council and as Liaisons to the Center on Professional Responsibility and the Government and Public Sector Lawyers Division (GPSLD). She is a former editor of the GPSLD newsletter.

In addition to her other activities, Ms. Rucker serves as Membership Co-Chairman for the Beta Pi Omega Chapter of Alpha Kappa Alpha Sorority, Incorporated and is a member of the W. Harold Flowers Law Society.

Ms. Rucker was appointed to the Arkansas Access to Justice Foundation Board in 2021.

John Thomas Shepherd is a partner at Shepherd & Shepherd, P.A., where he maintains a diverse practice. John Thomas concentrates his practice on the areas of civil litigation, business and corporate matters, banking, employment, estate planning, and real estate. John Thomas routinely represents individuals and businesses in both state and federal court, where his clients include individuals, non-profits, small businesses, and large corporations. 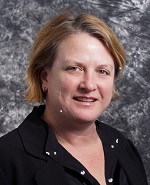 Eddie H. Walker, Jr, is a member of the Fort Smith law firm Walker Law Group, PLC. He is past President of the Arkansas Bar Association. He is a Fellow in the College of Workers’ Compensation Lawyers, the International Academy of Trial Lawyers and the American College of Trial Lawyers. Walker is listed in The Best Lawyers in America. He also has chaired the Supreme Court of Arkansas Committee on Professional Conduct, served as a Special Justice on the Arkansas Supreme Court and taught the workers’ compensation course as an Adjunct Professor at the University of Arkansas School of Law.