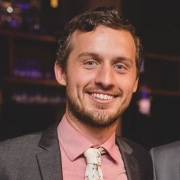 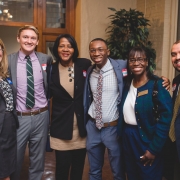 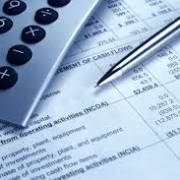 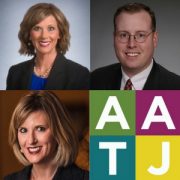 The Arkansas Access to Justice Foundation is pleased to announce that the following attorneys have joined its board: Rep. Capp, of Ozark, has been appointed to the Foundation Board by the Arkansas Supreme Court. She is in her first term in the Arkansas House of Representatives and represents District 82, which covers portions of Franklin, Madison, and Crawford Counties. Rep. Capp practices law in Ozark, where she is a member of the Chamber of Commerce. She also serves on the Parent Counsel Advisory Committee. Cliff McKinney, a Little Rock attorney at Quattlebaum, Grooms & Tull, was appointed to the Foundation Board by the Arkansas Supreme Court. McKinney’s practice focuses on real estate and regulatory matters. In addition to his practice, he is involved in the Arkansas Bar Association, serving on the Board of Governors and as Chair of the Real Estate Law Section. McKinney also serves as an adjunct professor at the William H. Bowen School of Law and is on the Board of Directors of Habitat of Humanity for Central Arkansas. Kristin Pawlik, an attorney practicing with Keith, Miller, Butler, Schneider & Pawlik in Rogers, has been appointed to the Foundation Board by the Arkansas Bar Association. Pawlik’s practice focuses on domestic relations, criminal defense, and family law. She is also an active member of the Arkansas Bar Association, serving on the Board of Governors. Pawlik has previously been honored as a Pro Bono Attorney of the Year.

The Arkansas Access to Foundation would like to express its gratitude to Rep. Capp, Mr. McKinney, and Ms. Pawlik for agreeing to devote their time and talent to reducing the justice gap in Arkansas. The Foundation also thanks its outgoing members, Zina Frazier, Tamara Cochran, and J.D. Gingerich, for their service.

The Arkansas Access to Justice Commission works to ensure justice for all. That means that all Arkansans get the protections of the law. We research the unmet legal problems of Arkansans, encourage attorneys to do pro bono work for families who are priced out of the legal market, and recommend evidence-based solutions to policymakers.

Our sister nonprofit organization, the Arkansas Access to Justice Foundation, funds the state’s two civil legal aid organizations: The Center for Arkansas Legal Services and Legal Aid of Arkansas. Together, their lawyers help more than 13,000 Arkansans yearly with knowing and enforcing their rights and by being their voice in court. Through these approaches, we all work together to achieve fairness and make sure nobody with a legal problem is excluded from justice. On November 18, 2010, Walmart and the Walmart Foundation announced a joint gift of $115,000 to the Arkansas Access to Justice Campaign. The generous gift is the largest donation in the history of the campaign.  $75,000 of that amount will be used for the provision of civil legal services to low-income Arkansans.  “On average, it costs our legal aid providers about $500 to handle one case, so a gift of this magnitude will will make a substantial impact,” said Amy Johnson, Executive Director of the Arkansas Access to Justice Commission.  The remaining $40,000 will go to Legal Aid of Arkansas to continue funding for a medical-legal partnership with Mid-Delta Health Systems. “As a result of the Walmart Foundation’s generosity, we are able to make a positive impact on the health and well-being of patients through legal interventions,” said Lee Richardson, Executive Director of Legal Aid of Arkansas.  Walmart has further demonstrated its commitment to increasing access to justice in Arkansas by announcing an in-house pro bono program as the 100th signatory to the national Corporate Pro Bono Challenge. Below is the full text of the press release.

Bentonville, Ark., November 18, 2010 – The Walmart Legal Department announced plans to undertake an in-house pro bono program in which its attorneys, paralegals, and support staff will participate in legal aid projects in the Arkansas community.  In doing so, Walmart has become the 100th signatory to the national Corporate Pro Bono Challengesm, a voluntary benchmark developed and administered by Corporate Pro Bono (CPBO), a partnership project of the Pro Bono Institute (PBI) and the Association of Corporate Counsel (ACC), designed to encourage and promote pro bono service with in-house lawyers and legal departments.

In addition, the Walmart Legal Department and the Walmart Foundation today announced a $115,000 donation to Legal Aid of Arkansas and the Arkansas Access to Justice Commission. The grant will help the Commission continue its efforts to address key issues raised by low-income clients, including family law, consumer practice, financial, housing, and employment matters.

“Our pro bono effort is a natural extension of our company’s overall belief in being a good corporate citizen,” said Jeff Gearhart, executive vice president and general counsel of Walmart. “Helping to ensure that access to legal services is a reality for all of our citizens, regardless of their ability to pay, is consistent with Walmart’s commitment to making a difference in the communities that we serve.”

“We are delighted to have Walmart sign on as the 100th Signatory to the Corporate Pro Bono Challenge,” said Esther Lardent, president and CEO of PBI.  “As one of the largest companies in the world, Walmart’s commitment to pro bono, including the hiring of a dedicated pro bono staff lawyer, sets a high bar for the corporate community.”

Among the state’s legal aid champions, many believe that Walmart’s program will have a domino effect on other Arkansas corporations.

Jim Julian, president of the Arkansas Bar Association added, “I cannot overstate the significance of the pro bono commitment that Walmart has made at a corporate level.  This commitment will result in the provision of services worth hundreds of thousands of dollars to Arkansans needing help with civil legal issues.  In addition, Walmart’s leadership in implementing such a program will serve as a model to other corporate legal departments and law firms in the state that are looking to increase their pro bono involvement.”

“Walmart has once again demonstrated its commitment to empowering low-income Arkansans through the mobilization of both the financial and human resources needed to ensure that all citizens of our state have access to civil legal help,” said Justice Annabelle Imber Tuck, chair of the Arkansas Access to Justice Commission.  “Financial support and pro bono involvement are both necessary if we are to close the justice gap in Arkansas, and we are tremendously grateful for Walmart’s leadership on both fronts.”

The $115,000 award from the Walmart Foundation will assist Legal Aid of Arkansas in funding its Medical-Legal Partnership with Mid-Delta Health Systems, which serves patients in six of Arkansas’ poorest counties, located in the Mississippi River Delta area.

On Thursday September 15th, the Arkansas Bar Association announced that Arkansas Access to Justice Commission member and Arkansas Access to Justice Foundation President Mr. Bill Waddell has been honored with their Lawyer Community Legacy Award.  Mr. Waddell has been nothing short of instrumental in the growth of the Commission and a key player in the establishment of the Foundation. Throughout his time at Friday, Eldredge & Clark, Mr. Waddell has devoted countless hours to pro bono legal service in a myriad of legal fields, including over two hundred adoption cases. This award is to honor him for his devotion to Arkansans in need.